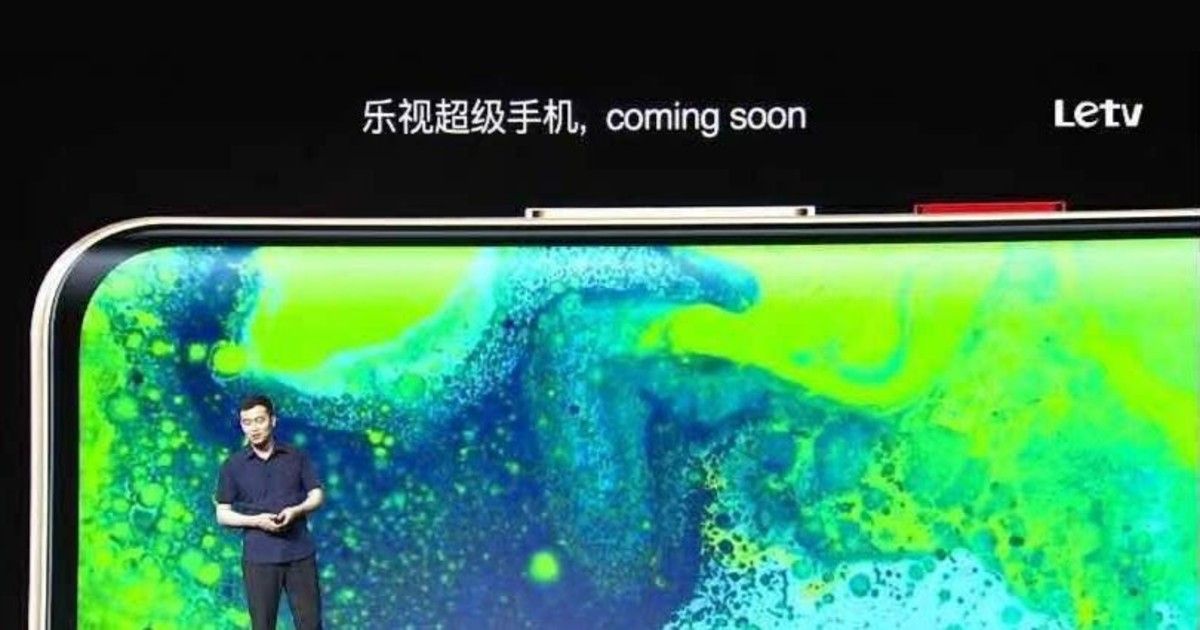 Chinese smartphone giant, LeEco shut its operations back in 2017 in the Indian market. Although completely vanished from India, the company was, and still is operational in home-market China. It is worth noting that the last product that the company unveiled was a television in the Chinese market. It was not until recently that the company announced its comeback in the full-fledged tech market. On Tuesday, LeEco held the Smart Ecological Conference in the region and some of the images from the conference reveal the presence of the upcoming LeEco Super Phone smartphone.

Recently, LeEco shared a teaser of its upcoming LeTV smartphone which was expected to be announced soon. Ahead of it, the leaked shots from Tuesday’s conference reveal the phone’s design.

According to the images, the company is planning to launch a new smartphone with curved screen. As what appears to be a narrow-bezel phone, the LeTv Super Phone seems to have a volume rocker and a power button on the sides. The power button is colored which means that it could be a fingerprint sensor for security.

As of now, there’s nothing else to learn from the images but considering that it is in the ‘Coming Soon’ status, we can expect it to arrive in the next few weeks. While we know that the phone is launching soon in the Chinese market, we aren’t sure if it will land in India as a comeback in the region.

It seems that LeEco is planning to play safely in the home market. Once it’s established, it could expand the business in some of the major tech markets like India.

In related news, a smartwatch and Earbuds from LeEco were also seen showcased in a store in the country. The close-up shots reveal the smartwatch’s square display and rounded corners. The earbuds will be called the LeTV Earbuds Pro and they will arrive in Black and White colorways. Some of the highlights of the earbuds will be the Active Noise Cancellation feature, 24-hours of battery backup, of course with the case, and fast charging support.