Everything You Need to Know About Windows 11

Microsoft Windows is one of the most popular operating systems that comes with plenty of features. Also, the user experience and lots of functions made people choose it. Over the years, Windows have updated their platforms and introduced plenty of new features and it is close to new version Windows 11. The latest version that available in the market is Windows 10.

However, the rumors are around that Windows 11 is going to make its first appearance soon. It is coming with plenty of upgrades and new features. Every Windows user is waiting for very long for this version. So, before it hits the market, you need to know all the features of Windows 11. 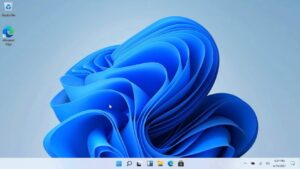 According to reports, the upcoming latest version of Microsoft’s  Windows 11 leaked online. Yes, users get to take a look at many features and changes they are getting with the help of this leak. Mostly, the screenshots of Windows 11 UI have come out. Some of these features resemble very well with Windows 10X. So, if you are familiar with Windows 10X, then you can get a better idea.

Microsoft has been working with dual-screen compatibility for some devices. However, you will notice the biggest changes in the taskbar, icons, start button interface. Apart from that, they introduced a new startup sound and rounded corners. The new start menu is designed very well that looks quite attractive. Compared to Windows 10, the features are much more simplified in Windows 11. We will have to wait for more to know about them until the Windows 11 release date is confirmed. 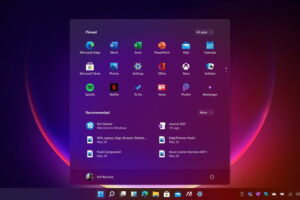 Now, the app icons appear in the center of the screen. You can move the menu and icons to the left side too like other versions. Although it is hard to say until it comes to the market, but this version looks like a polished and refined version of Windows 10. Features like dark mode and others are very waited ones for Windows users.

Rumors are there that the widgets are going to come back in Windows. In the leaked Windows 11 version, widgets are used for icons in the taskbar and quick news access, web content, and news with one slide. Windows 10 got cancelled before hitting the market, and users are expecting a lot of similar features. Although it is unclear as the company refused this rumor. 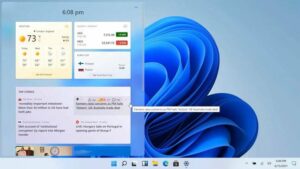 Another new feature that you will find in Windows 11 is snap controls. The cascade windows feature was there in different Windows versions for years. This ones is modern and similar to that feature and help to maximize buttons on different apps. Using it, you will be able to arrange the icons and side by side snap Windows into sections.

However, this is just a beta version of Windows 11. We might get the new store along with many other features in the final version.

Aside from these features, if you want to take your hands on Windows 11 right now, then you can Download and Install the leaked ISO file of the software.