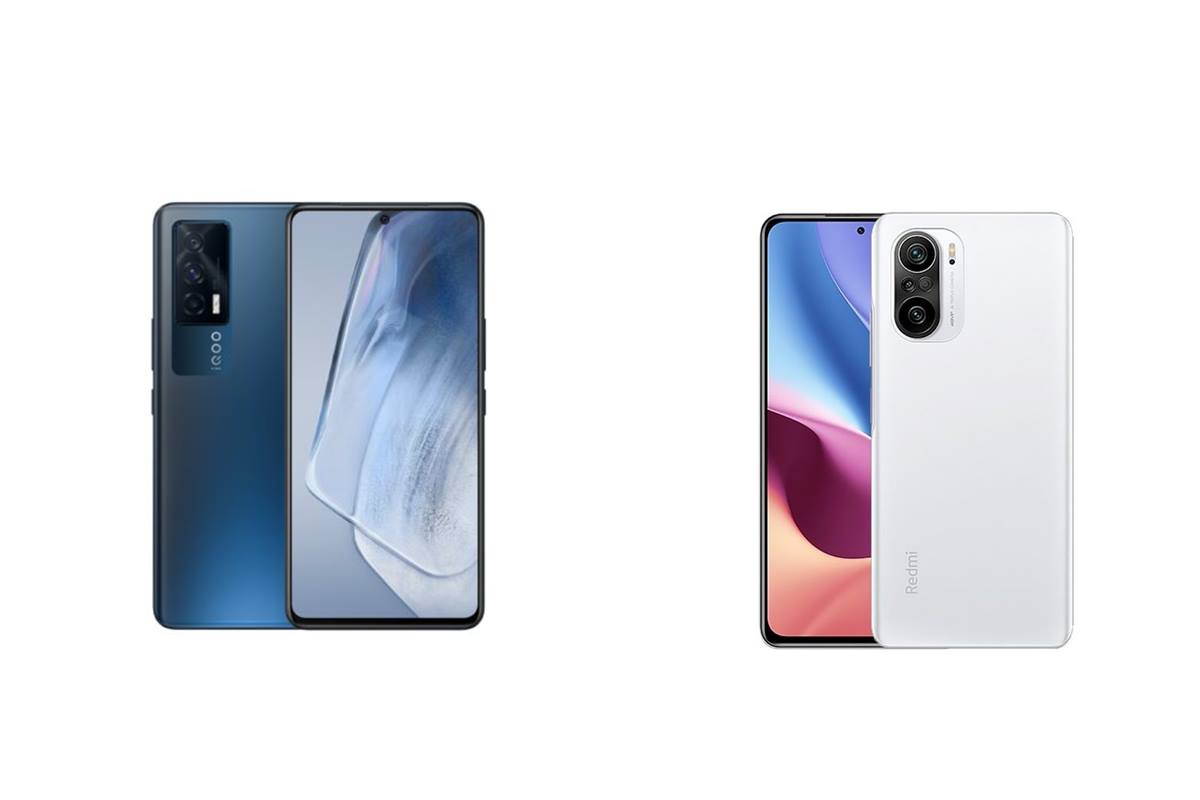 Ever since the launch of the Snapdragon 8XX series chipsets for this year, the flagship segment has changed drastically. Earlier, we use to rank a single flagship device in series but this year, it changed and the credit goes to the two monster chipsets, the Snapdragon 870 and Snapdragon 888. While the latter being one of the most powerful chipsets in the house, not everyone needs this much power in their handset. Here’s where the Snapdragon 870 comes into the room. The chipset offers a flagship-like experience for a lower price. No doubt, its lower price, efficiency, and performance are the reasons smartphone manufacturers have adopted the chipset in their higher-end smartphones. With the cheaper yet powerful Snapdragon 870 out in the market, there is a constant flow of phones powering this chipset. The most recent launch is the iQOO 7 and the Mi 11X from Xiaomi. With two phones offering similar internals, it’s daunting to choose one for the price you pay. Today in this article, we will compare the iQOO 7 with the Xiaomi Mi 11X(iQOO 7 vs Xiaomi Mi 11x) and list down the major differences between the two.

By the end of this article, you will get a clear idea of which Snapdragon 870 monster is the right one for you. So without further ado, let’s get started.

The iQOO 7 sports a 6.62-inch AMOLED display as compared to the 6.67-inch AMOLED screen on the Mi 11X. Both the screens are punch-hole panels with HDR10+ support and 1300 nits of peak brightness. The display supports a 120Hz refresh rate and Full-HD+ resolution. Both the phones also have a 300Hz touch sampling rate and support for Widevine L1.

Cameras on the iQOO 7 and Xiaomi Mi 11X

As for optics, the smartphones have a triple rear camera system and a single selfie camera setup. On paper, the iQOO 7 seems better with its 48MP Sony IMX598 sensor, a 13MP ultra-wide-angle lens, and a 2MP monochrome sensor as compared to the Mi 11X’s 48MP Sony IMX582 main lens, an 8MP ultra-wide-angle lens, and a 5MP macro lens. In real life, the iQOO 7 seems to capture better images in both bright light and night-light as compared to the Mi 11X. The only area where the Mi 11X shines is in macro photography as it is able to zoom in to the objects and has better clarity as compared to the iQOO 7.

On both the phones, there’s an option to record 4K videos but the IQOO 7 can shoot 4K videos at 60fps as compared to the 30fps limit in the Mi 11x. The iQOO 7 also has an edge in the stabilization department as it has OIS support in its main sensor over the EIS on the Mi 11X.

In terms of selfies, the iQOO 7 has a 16MP main sensor as compared to the 20MP selfie lens on the Mi 11X. Both phones support HDR and can record 1080p videos at 30fps.

One feature worth noting in the iQOO 7 has the dual-chip technology/Intelligent display chip that allows the in-game frames to boost from a standard refresh rate to a higher refresh rate. It also works in videos to upscale the footage from SDR to HDR.

Inside, the Xiaomi Mi 11X houses a 4,520mAh battery with 33W fast charging support, whereas, the iQOO 7 offers a smaller 4,400mAh battery with faster 66W rapid charging technology. With both the phones, you be good with a day of moderate usage, and charging them would also be quicker. The iQOO 7 can go from 0% to 100% in under 30 minutes which is much faster than 55 minutes of advertised full charging in the Mi 11X.

Both phones support 5G but the Mi 11X goes ahead with its two 5G bands – N77 and N78 as compared to the single N78 band on the iQOO 7. It means that the 5G connectivity on the phones is quite limited but still the Mi 11X would take the lead.

iQOO 7 boots on Android 11 out of the box with Funtouch UI on top of it that comes with a custom dialer, messaging app, and a ton of bloatware as compared to the MIUI 12 on top of Android 11 running on the Xiaomi Mi 11X. The software experience is something that depends on user-to-user, therefore, we’ll leave it on you.

The phones have stereo speakers but they miss out on a 3.5mm headphone jack. The Mi 11X gets an IR Blaster which the iQOO 7 lacks. Both phones have dual-SIM and dual-band Wi-Fi support, and support for Bluetooth v5.1 on the Mi 11X and the Bluetooth v5.2 on iQOO 7.

Major Differences between the iQOO 7 and Xiaomi Mi 11X