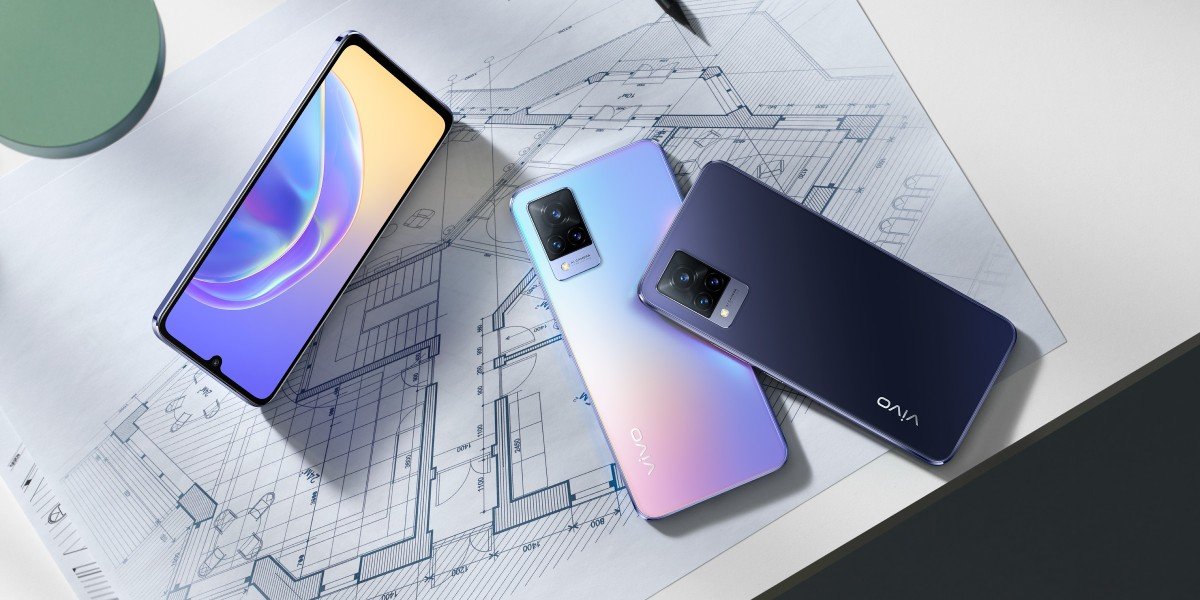 The Vivo V21 5G and V21 share the same specs sheet, they feature a 6.44-inch water-drop notch display with a Full-HD+(1080 X 2404 pixel). It is an AMOLED panel with a 90Hz refresh rate and an aspect ratio of 20:9. The phones have a thin-bezel design giving an intuitive experience to the users.

One of the main selling points of the phones will be the selfie camera. The duo sports a 44MP selfie camera with support for Optical Image Stabilization. The smartphone has a dual-LED flash at the front for bright images even in low-light. At the rear, the duo boasts a triple camera system with a 64MP primary lens, an 8MP ultra-wide sensor, and a 2MP macro lens. The main sensor at the rear also has OIS support for video.

At the helm, the smartphones come powered by the MediaTek Dimensity 800U chipset coupled with 8GB of RAM and 128GB of internal storage. We are not sure if the company has provided a memory expansion slot, therefore, it remains to be seen.

The phones pack a 4,000mAh battery that has support for 33W fast charging support. Vivo claims that the phones can juice up rapidly using the in-box fast chargers. The duo also has a fingerprint scanner for added security.

The major difference between the two phones is only in the connectivity, the 5G variant has 5G capability, whereas, the vanilla V21 is limited to 4G.

As for the V21e, Vivo has saved a lot of cash in manufacturing these phones as even the V21e comes with the same 6.44-inch AMOLED panel. It is again a water-drop notch screen with Full-HD+ resolution and 20:9 aspect ratio. The major difference between the V21e and the siblings is the refresh rate, the V21e is stuck at 60Hz refresh rate.

The smartphone features the same triple rear camera system as the V21 5G and V21 siblings. It has a 64MP main sensor, an 8MP ultra-wide lens, and a 2MP macro sensor. At the front, it has the same 44MP selfie camera but it does not feature OIS support. The V21e also misses out on the dual-LED flash.

Under the hood, the smartphone powers the Qualcomm Snapdragon 720G chipset and has 128GB of onboard storage. It also has an 8GB RAM option. It also has a microSD card slot for storage expansion. The smartphone packs a 4,000mAh battery with 33W fast charging support.

The pre-orders is scheduled from April 27 to May 4 in Malaysia.