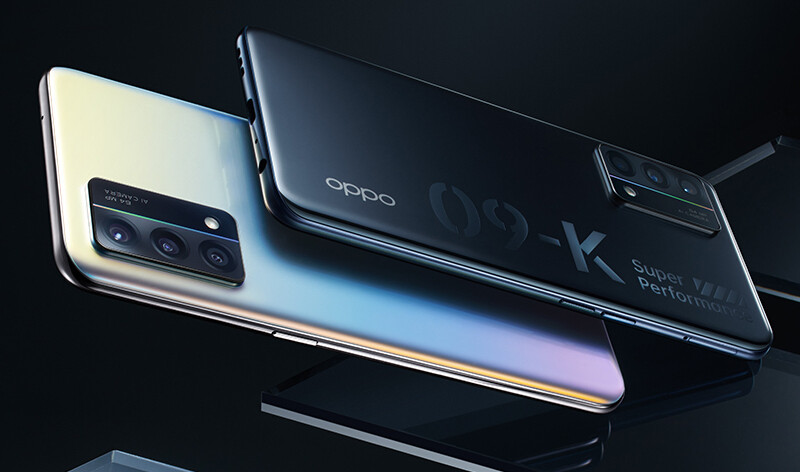 An Oppo phone had been making rounds in the rumor mill for quite some time. The phone was said to be a mid-range handset and was touted to come under K-series. Later, it was unofficially confirmed that the phone will be a successor to the Oppo K7 5G and it could carry the moniker Oppo K9 5G. Today, Oppo has finally unveiled the Oppo K9 5G smartphone in the home market, China.

As seen in the past, Chinese phone manufacturers have a proclivity to eradicate a number as it pertains to some kind of detrimental outcome. Similarly, Oppo has jumped to K9 after the last year’s K7. Interestingly it is a 5G phone with a new-generation SoC. Some of its highlights are a high refresh rate display, quadruple cameras, and a whopping 65W fast charging support.

The Oppo K9 5G comes in a sleek design sporting a 6.43-inch punch-hole display. It is an AMOLED panel with a Full-HD+ resolution. The screen has a modern 20:9 aspect ratio maintaining a thin-bezel design.

One of the major highlights of the display is the 90Hz refresh rate and 180Hz touch sampling rate. The display on the phone doubles up as an in-display fingerprint scanner for security. Not to mention, the phone also has support for Face unlock.

Cameras on the Oppo K9 5G

The Oppo K9 5G leaps up the game in terms of the cameras. It goes way ahead of its predecessor’s 48MP rear setup to a 64MP triple system. The accompanying lenses are good too with an 8MP ultra-wide-angle lens and a 2MP macro unit. The rear camera is capable of recording 4K videos at 30fps and it supports Electronic Image Stabilization(EIS).

Upfront, the smartphone uses a 32MP sensor which apparently is its highlight. The selfie shooter comes with several standard effects for making the selfie portrait mesmerizing. The front camera is limited to 1080p videos bases on EIS.

As for the hardware, the phone follows the series’ old receipe meaning a mid-range 7XX series SoC under the roof. The all-new K9 5G comes powered by the Qualcomm Sanpdragon 768G chipset as compared to the Snapdragon 765G on the predecessor. For those who are unaware, it is a new-generation mid-range chipset with Adreno 620 GPU.

It is paired with up to 8GB of LPDDR4x RAM and 256GB of UFS 2.2 internal storage. Unfortunately, Oppo has eliminated the microSD card slot, therefore, users are stuck with what they get. Anyways, the 256GB memory should suffice you in medium term of usage.

Even though it is not a gaming phone, Oppo has offered a cooling mechanism inside the device. It has VC liquid cooling heat sink, conductive graphite sheet, and copper plate for dissipation heat caused while intense gaming. It is a 5G phone with dual-SIM and dual-stand-by.

It is already available up for purchase in the region in two of its color variants – Wings of Symphony and Spades K. Apart from China, we expect the phone to soon land in various other markets carrying different monikers.

Editor’s Pick: Samsung Galaxy S8 Gets a Farewell after 4 Years of Support

Stay tuned for more updates on smartphones, gadgets, leaks, rumors, and some exclusive content in the tech industry.